G-man and I have been researching the possibility of "silvopasturing" on our property. Essentially, silvopasturing is the agro-forestry practice of grazing your livestock within forested paddocks rather than clear-cutting the lot and planting out to straight pasture. In most cases in the US, this is done so tree farmers can realize profit/benefit on their plantations during the long tree-growth period before logging for timber. However, in other parts of the world, silvopasturing is used as a forest maintenance strategy to control undergrowth that compete with maturing trees and provide ladder fuels for forest fires... and that is our primary interest (well, besides feeding the critters).

Since our livestock plans primarily center around goats and chickens, with a hog or sheep thrown in, silvopasturing makes sense... goats prefer browse, chickens like to have cover, hogs love to root, and sheep don't care as long as there are tasty weeds. By dividing our acreage into 1 acre parcels, we can turn the animals out in rotational without having to clear anything other than a perimeter lane to run the solar-power portable electric fencing. Since they won't be on this temporary "pasture" more than a couple of days and won't be densely stocked, their feedings will be of more benefit and less detriment to the local ecology. As our herd thins out the underbrush and opens up the lot, we can seed in highr feed value grasses, forbs and legumes if necessary. By combining this method with Small Bag Silage, we (humans) can manually-cut and bag forage between the trees on the pastures that weren't being grazed during their prime nutritional growth stage.

With all this in mind, we went on a nature walk to determine what flora we had in the targeted areas, and get an estimate of the feed values. I missed inflorescence (bloom) on a few things, and some things are in a growth stage where identifying characteristics aren't as pronounced; but I think we've been able to identify most the dominant flora. We're stuck on identifying the grasses since our best AK Grass Field Guide is online and most of the species we're finding are similar enough at this stage that we'd need to nit-pick the characteristics to get a positive ID... but we're close enough to determine rough forage estimates. According to the AK Forage Manual, looks like our place has plenty of good quality forages, although we'll probably need to inter-seed some legumes (most likely white clover and field peas which are also good for the wildlife).

So, I'm guessing a bit on the identification of these, and some I couldn't even identify. I'm not a botanist and sometimes the keys are totally confusing especially when different species are all growing together in huge clumps. Heck, some of them may even be Alders (which I can only seem to ID correctly in the firewood pile!). But in any case, we have a crap-ton of several different Willows all over the place in our understory... awesome, goats love them and they grow back after grazing.

Again, totally guessing on the IDs here since I had to base some of them on what remained of last year's seed heads. I think I've gotten close on most, the right species if not the right subspecies. Since most of these are growing in mixed-species clumps, I'm not going to caption each pic, but I'm fairly certain that we've got some variety of Hairgrass, Brome, Polargrass, Reedgrass, Bentgrass, Ryegrass, Wheatgrass and Oats. We may also have some Quackgrass, most likely brought in by some musher's dog straw at some point... as long as it doesn't take over, I'm OK with it since it does have good forage value.

Doesn't matter really, since all the ones I think I've found are good forage value regardless of which subspecies they are and at least a few of each seem to be flourishing unaided in the various site conditions around our property. 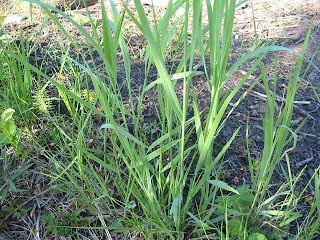 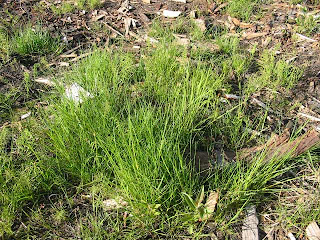 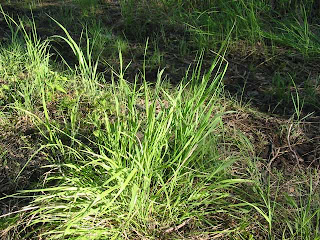 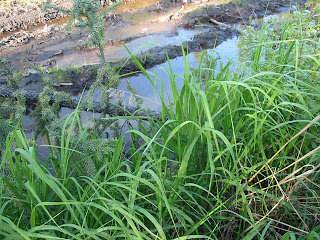 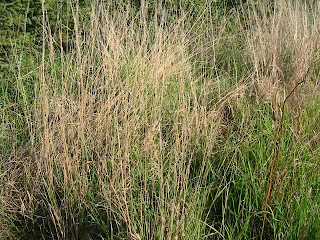 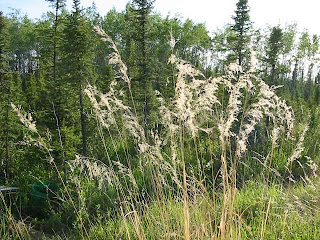 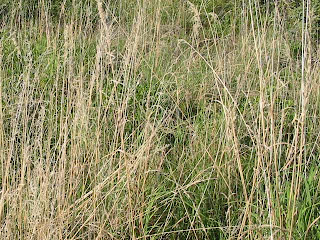 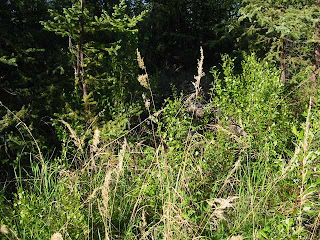 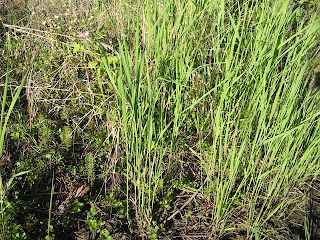 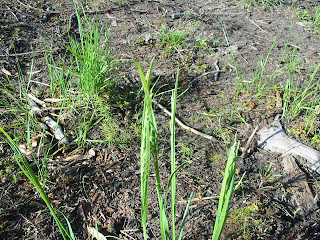 And we finally figured out what has been causing Ripley to lose her mind every dawn & dusk... the moose are using our driveway!

P.S. One day I'll have to get a camera with decent macro capabilities so I can take better wildlife closeups :D
Posted by Plickety Cat at 5:07 PM 18 comments: