As Ned Stark is fond of saying "Winter is Coming."  (Game of Thrones is such an awesome show!)

The leaves on the birch and aspen only turned a couple weeks ago, but they've already dropped. No Termination Dust (first snow) yet on the lower hills you can see from the cabin, but we have seen some on a few of the higher hills on the way into Fairbanks. We are getting nightly frosts already, and it's definitely jacket weather. We weren't affected by the Nenana & upper Tanana River flooding, but we're happy for the recent respite from all the rain anyway! Of course, now we're already seeing "chance of snow" in the forecast.

Now that we're past the Autumn Equinox, we're losing daylight fast. Just shy of  7 minutes a day... over an HOUR every week! It's nice to have sunset and night again, but it won't be long until we're down to only a few hours of daylight again. 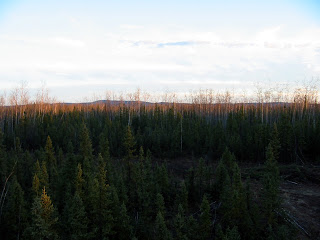 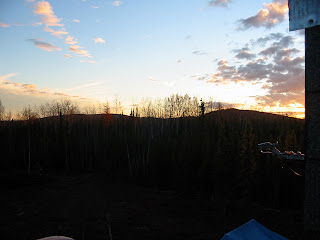 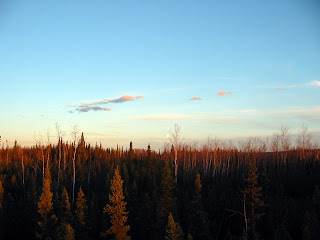 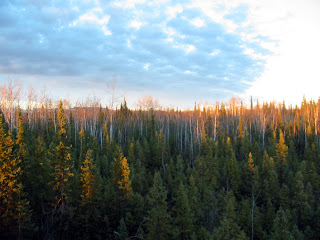 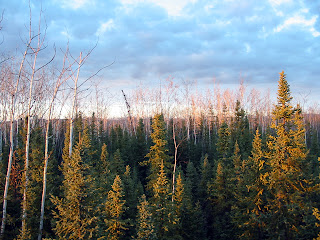 Beautiful pictures! My parents used to live in Alaska for a number of years and moved back down to Utah to be closer to family. My dad still talks about how amazing Alaska is after being back for 40 years now. I just don't think I could handle the winters. Thank you for sharing.