Woohoo!! We now have a floor :)  At least now, even if it snows tomorrow (and it just might if you trusts the weather liars) we'll be no worse off than we were last year... just move the tent to the new, more stable platform, and we'd be good to go. Of course, we're not stopping until we absolutely have to... crossing fingers that we'll have an actual frame, if not a full and insulated shell, before it gets down below zero.

It took us 3 actual working days to get the joists in because those 16-footers aren't easy to manhandle and everything was warped, twisted, bowed, cupped and generally not the same dimensions. 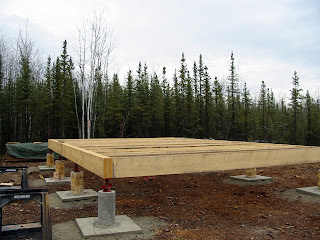 But once they were hung, it only took us 3 hours to get the subfloor attached. And it only took us that long because we kept having the push, pull and manipulate each joist so that it actually lined up with the OSB. 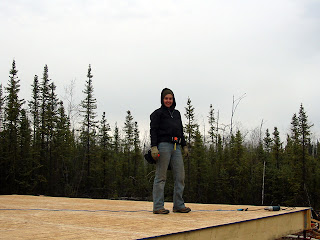 No, we aren't exactly square, I take full blame for that little faux pas because I was the one who measured out the joist locations. But it's good enough for a bush cabin and we can continue building on it. 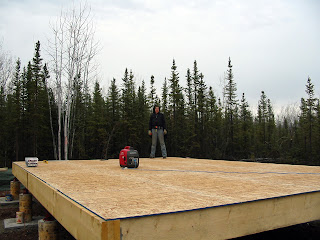 Next comes the eight posts, which should be relatively easy; and then we can assemble the infill wall panels and header beam, and have Ken come over to lift them into place with his tractor. Technically, we could do the wall panels last, but it makes the whole assembly a little more stable when we're trying to get those 500 lb beams into place.

Even though it's technically Day 40, I'd say we actually have spent less than 2 weeks actually working on the cabin. The rest of the time we've been dealing with hauling materials, the weather, injuries, errands, and random visitations.  Trying to keep a schedule in the middle of the woods is like trying to herd cats... impossible and frustrating. And I really must protest... not only do they not make really useful women's work gloves; but they also don't make framer's tool belts to fit us either. I have the band adjust past small and on the very last holes and I'm still hiking it up all the time. The pockets are on the front of my thighs, not the side, makes it really fun trying not to dump nails and screws when ducking under and between those joists... we won't even talk about how many times I've been violated by my hammer ;)

Here are few pics we took of the Tanana Valley on our way to Fairbanks last week... you can see why we love it here! Seems that the clouds decided to finally go away now that it's below freezing at night :) 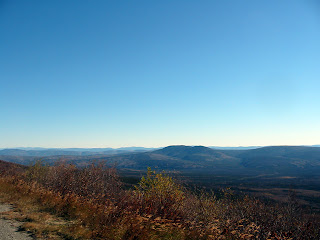 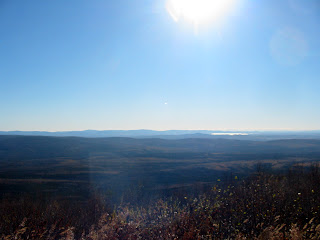 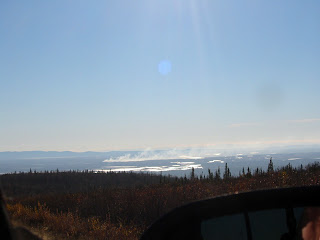 Yes, there are still forest fires burning from this summer!
Posted by Plickety Cat at 6:12 PM

Progress, yes. Nice. It is amazing what you could do if you could spend most of your time working. Don't even think about it, as you know it will never happen.

Thanks for the update, PC. You're doing great work. Watch out for that perverted hammer !

get you a set of suspenders that will control the belt. Can't really offer any advice about the hammer. ;-)Great pictures... keep em coming as it hurts my brain to read

Looks great!! Congrats!! I know your fur babies will love cozying up in the cabin this winter.

May your cabin building progress at a steady pace. Thanks for the updates.

Keep it rolling. Winter is heading your way. Keep blogging it.

Just think what you could accomplish if you had a group of Construction Elves (insteada Joist Gremlins bending everything outta shape)!

We need updates at least twice a week. Come on.